The remarkable story of James Dunn

My good friend James was born on Tuesday 13 July 1993, in Liverpool, with no skin on his feet and one of his hands. It turned out he had epidermolysis bullosa (EB), a rare genetic condition that causes the skin to tear, blister, and become as fragile as the wings of a butterfly – which is why sufferers are sometimes known as ‘butterfly children’. An estimated 5,000 people have EB in Britain today. Most die by their mid-20s, from cancers or infections.

James and I first met in 2016. James had seen a video of a talk I gave at the British Museum. It had been a big year for him. Not only had he undergone gruelling treatment for his cancer, but his sister Gemma had told him that she was pregnant with a boy she was to call Tommy.

James confided in me that he’d really struggled with his mortality at that point in his life. He wanted his nephew to know Uncle James, but he didn’t know how long he had left. ‘My mind is a form of physical energy. I believe that,’ came the response. Several more dialogue boxes popped up: ‘It will eventually transform to the point where I don’t need it to be in this stupid body any more. You probably don’t understand what I mean. But basically I think I’ll just be something else one day. If life ends at death, then life would not be fair. I think life is fair. Therefore, life does not end at death.’

We decided we needed a way to record as much of James as possible, and we cooked up a plan to create a digital ‘time capsule’ of James’s thoughts and memories for Tommy. To capture them, I installed several smart speakers – first Amazon Echos, then Google Homes – in James’s house.

Quickly the devices recorded huge quantities of audio. But instead of simply keeping these recordings for posterity, we used them to create what in the AI world is known as a ‘corpus’ – a body of knowledge from which a machine can learn – and fed it into the algorithm that we normally us at Us Ai to create chatbots for my banking clients.

At that point we hadn’t thought about the implications of what we were doing. We were just two guys having fun with technology.

Things turn an unexpected twist when on 12 July 2017, James and I gave a talk at a tech event at the London College of Fashion. Across the room, James spotted a 3ft-high robot, which its designers called Bo. For James, it was the moment when the project went from collecting as many thoughts in his head for reasons of documentation, to seeing a robot that could be autonomous… that could house this stream of consciousness. I can’t remember if we ever explicitly sat down and said this could be a version of you for when you’re not here, [but] the question of consciousness was implicitly there.

This video of James meeting BO for the first time really feels me with so much joy. The look on his face as the creators are demo’ing it to him is a look of ‘hope’. For a piece of technology to give someone like James hope, is a very special thing indeed.

Bo is the product of the remarkably talented, and visionary team at ‘Bots and Us‘. They develop state of the art robotics and AI products by combining social sciences with human-centred design and cutting edge engineering. We make robots that seamlessly integrate into day to day life.

Bo is the first incarnation of the Bots and Us technology. He is a social robot, an intelligent assistant for events, hospitality and retail.

Bots and Us was co-founded by Andrei Danescu & Adrian Negoita. Our thanks for their support is immeasurable. They didn’t just provide technology, they provided hope.

I’ll let you find out the conclusion to our story, by watching my tribute to James at TEDx Liverpool in November 2019. 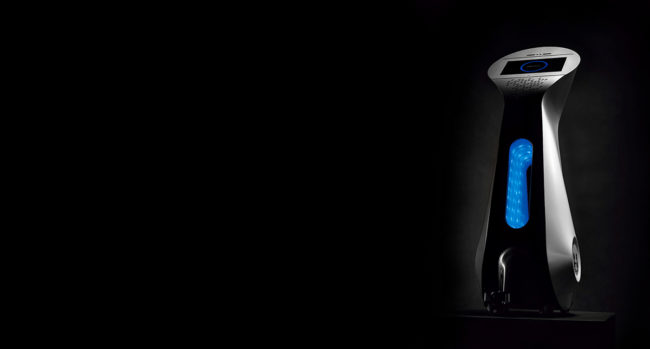 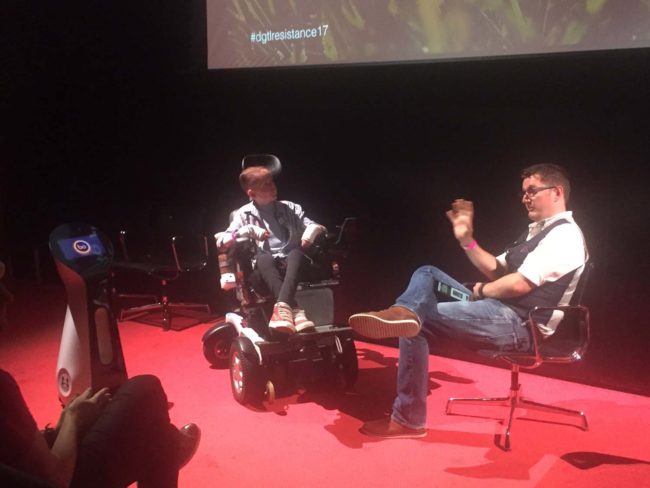 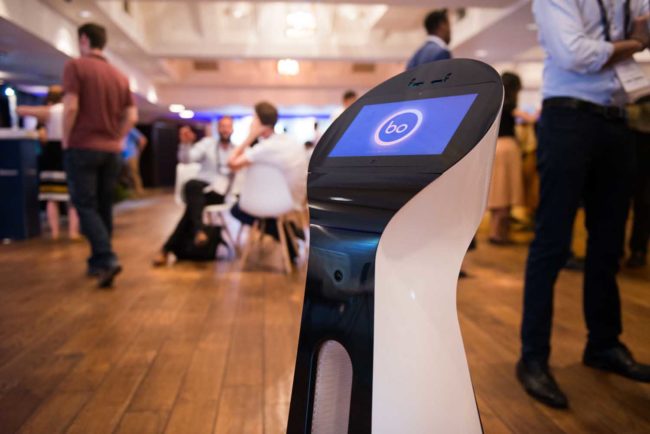 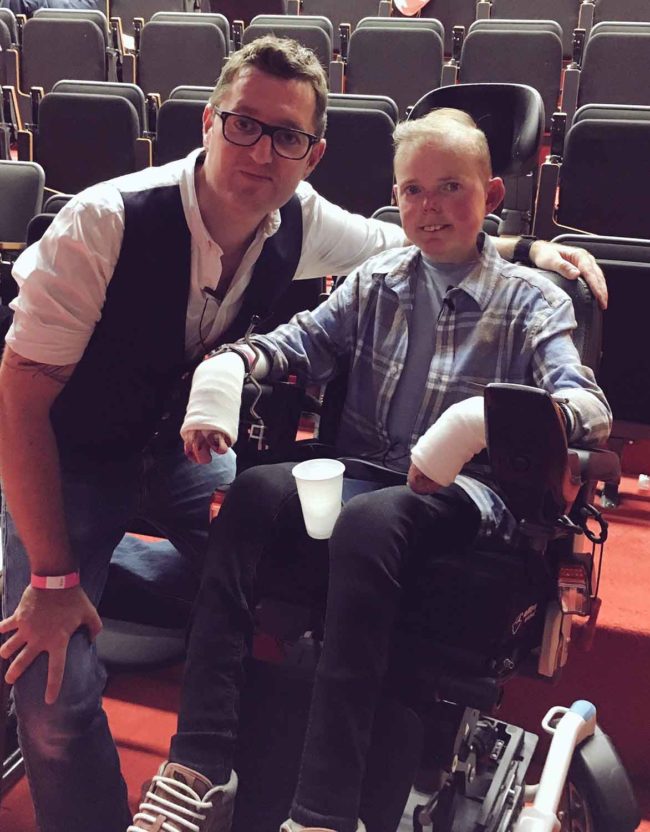 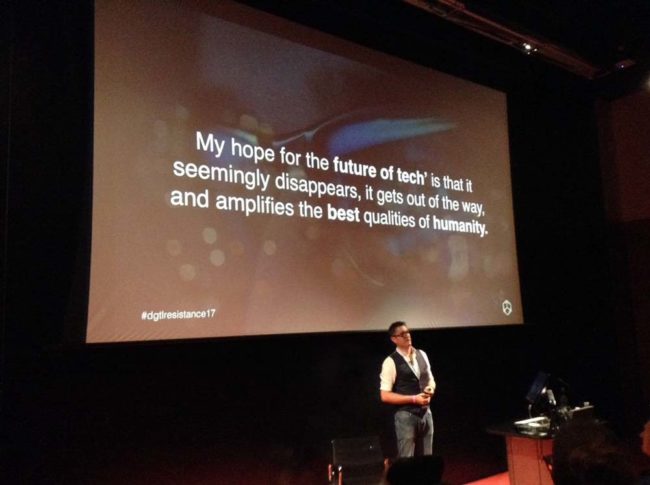 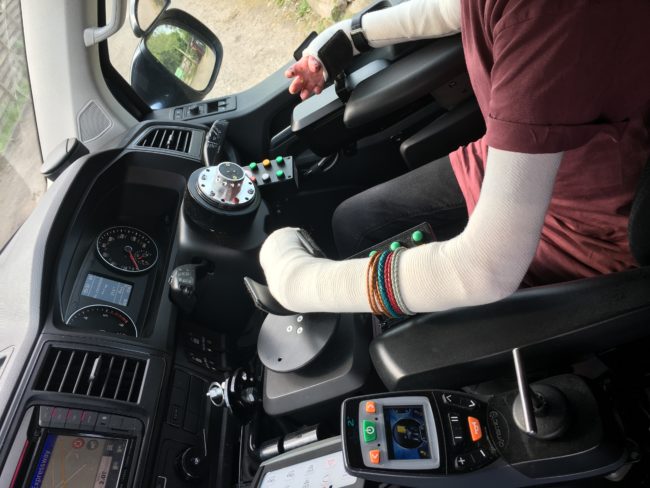 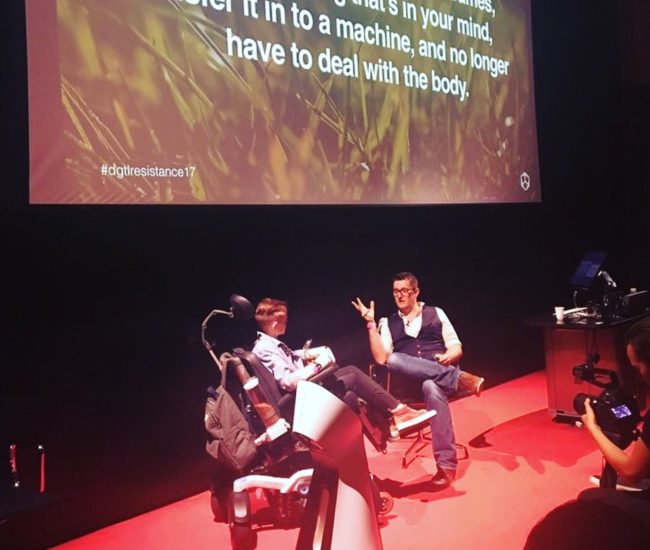 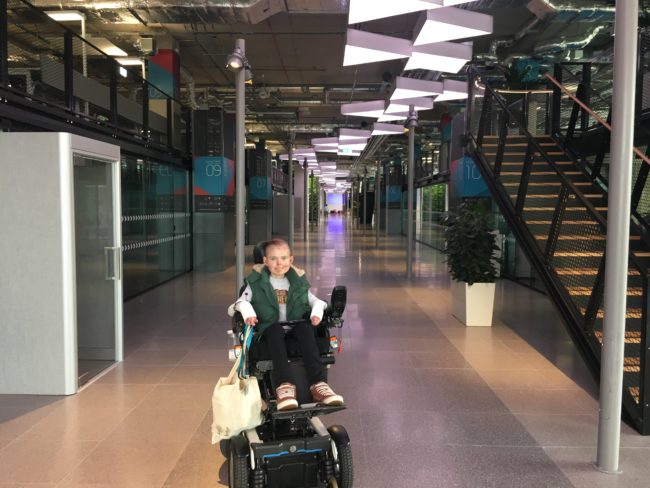 James first came to prominence in the UK through a TV show called ‘Big Life Fix’. The UK’s leading inventors got together to create ingenious new solutions to everyday problems and build life-changing solutions for people in desperate need.